Buying A House: The Process Of Checking For Bats And Why It’s Important 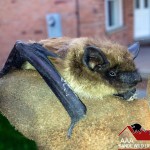