The Amazing Tale Of Wandering Bugs 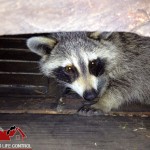 A parasite is an organism that has a relationship with another organism (called the host) that benefits the parasite at the expense of the other. It is the closest one can come to finding a free lunch. If the parasite lives on the surface of the host they are called ectoparasites. Humans are not the only species that play host to uninvited guests. Bats live the same unfortunate life. They are hosts to ectoparasites called bat bugs and bat ticks. Bats on average have quite an easy life. They are active at night and roost in the daytime, often in attics or wall voids.

Other favorite areas for these nocturnal creatures to roost in are behind window shutters or even on a house’s exterior. In the early part of spring, after hibernating through the cold winter months, bats may leave their premises without including their parasites in their travel plans. In these cases, as well as when the bats are staying in but the parasite populations have become very large, the hunger pangs of the parasites overcome their innate laziness and they go off wandering to look for some additional warm-blooded hosts that they may feed on.

The tasty side of being a human

Whereas bat bugs and bat ticks, without any shadow of a doubt, have a special preference for feeding on the blood of bats they are not above feeding on tasty humans or some other warm-blooded animal when their normal host (the bat) is unable to satisfy their appetite. On humans, their feeding can result in bite reactions like swelling and even intense itching that some find very annoying. But since bat bugs are not known for transmitting any disease their bites are not considered dangerous.  Most of us, however, do not take kindly to being treated like a menu.

Get someone else to make the booking

The proven way to get back in the driving seat when it comes to wandering bat bugs and ticks is to find a way to eliminate the bats. This is not a task that should be lightly undertaken by anyone who recently became the top rated dish on the bugs’ cuisine card. Now is the time to call in the help of a professional and accomplished wildlife control organization. They know how to seal cracks and holes and when structural modifications may be required. They can tell whether it may be helpful for a residual insecticide to be applied to areas where bats roots. Give them a call and let them organize a one way ticket for those wandering bugs.